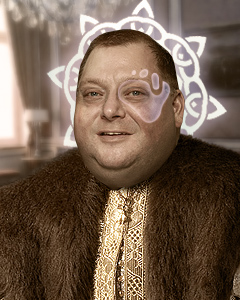 Hey all! In preparation for the new LP that will post very soon, I wanted to show some new stuff off!!

The continued evolution of Pavlos’ vision is at work here, with a clean, clear, yet ‘retro’ imperia look. Next, we look at the updated military tab, showing a selected army and unit within that army:

As you can see, you will have a listing of all units on the left side, where you can see both the unit detail and unit listing. When you select an army only, the army’s stats will show on the right side detail window. The fleet review screen will look slightly different, but be essentially the same idea. You can access your general here with a tooltip showing basic stats, or through the character mode of the Intel screen.

Now, let’s move to an exciting first feature of the eventual relationship system between characters: pressure and persuasion! In this instance, Cyra has a problem: even though there are enough jobs to go around, the pay is so low and the job prestige is so low that people would rather sit around and collect their unemployment then get out and work. Now, we could just cut unemployment, but this is Tyrannical and I don’t want to go that route. So perhaps making the sector more appealing is in order. I plan to ask June Grayson (the viceroy) to raise agriculture wages in order to make the sector more attractive to job-seekers. First I look at her basic stats:

I already know quite a bit about her, but she doesn’t have any pro-agriculture tendencies, and since the sector is already losing money, she will probably be reluctant to spend more money in the sector. So I look to other means. I could pressure her, which would be a lot more effective but is very Tyrannical (and causes a lot of friction between both you and the character and the character doing the pressuring and the character), so I choose to simply Persuade. After looking at the chain of command, I choose to let my sector governor persuade June. First, I ask her:

Turns out she is willing to persuade. Great! I then check June’s character window to see how persuasive Kelly was…

Whoa! Kelly’s good at this! Now, before you think that you’ll just merrily pressure and persuade people hither and yon, there is a fatigue stat that increases as a character persuades and pressures others. After a certain point, they will simply refuse to do any more. This fatigue represents not physical fatigue per se, but finding out information, asking confidents of the target to help, calling in favors of the target, etc. and it takes time to recharge those sources. So next turn, I will apply most of those points (they decay over time, which is why it is important to plan ahead) to my request and hopefully, it will be granted!