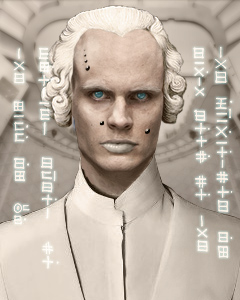 Hello again!! What what? 2 posts in a day? Must be getting active!

Anyway, in continuing to move Imperia towards its macro control design document, we introduce the concept of System and Sector Focii. Governors run their territory under a master ‘plan’ depending on their personality, traits, and the needs of (what they) feel is most important to their particular AOR (area of responsibility). Sector governors always set a top-level primary focus, with a corresponding secondary focus that show the ‘direction’ that the governor wishes to take. System governors are generally forced to run their system under their sector governor’s primary focus (using the sector secondary focus as their primary) but may pick an independent secondary focus depending on their ambition and/or will to do so. Viceroys, who are generally the low head on the totem pole, will be forced to more or less go along with their sector and system governors’ requests. Here are some examples of sector focii primary and secondary:

As the Emperor, you can request that these focii be changed, or demand change with a sector or system Edict. You can also make changes at the planet level that go against the general spirit of the sector governor’s demands. For example, if your sector governor wants to raise revenues, asking your system governor or viceroy to lower taxes will not go over well. Depending on the relationships and power that a sector governor wields, some viceroys may be too afraid to make changes that they might otherwise be agreeable to! Again, Edicts trump all focii; although remember that if you involve system or sector assets, and the Edict goes against what the goals of the governor are, they might hang it in committee for a while…

Locking down a governor to ‘Nominal’ or ‘None’ Autonomy will allow you to choose the foci for a sector and have it enacted immediately. Of course, it takes a significant military presence in a sector to force an uncooperative sector governor to simply have their power reduced in such a way. The game will tell you what force ratio is required to be present on the system/sector capital to allow you to change a governor’s autonomy downward. Even if the governor is forced to change, they may still plot behind the scenes to change their situation! Oh, and yeah, locking down your governors this way is considered very, VERY tyrannical.

The full focii system will not be in .410, but should be in by the .5 release. But I wanted you to know what was coming and what another piece of the full political/social system of Imperia will look like!!

So as an Emperor, you will have numerous ways to influence your leaders under your rule, ranging from benevolent to merciless. An important lever you will have is using your sector governors (and to a lesser extent, your system governors) to actually enact and guide your policies. The end goal of Imperia is that your sector governors should be both your potential largest levers to run your empire, as well as your greatest threat should they turn against you. The military system, both in the ground and in space, will start to show this in .410 with the addition of ground forces, armies, and fleets that can potentially be controlled by sector governors.

Another concept that will be present in .410 is the idea of using leverage from your sector and system governors to run your planets. Characters can exert pressure or persuasion on characters that are subordinate to them. Persuasion is less effective but is not considered tyrannical. Pressure is considered tyrannical and only allied leaders with tyrannical leanings will do this. Pressure/persuasion is ‘pooled’ for each character who is being influenced and can be used as ‘currency’ to improve the odds something will be done or used to speed up an Edict. Characters that are pressured are unhappy and will generally like you less, as well as their superiors. Points in these pools raise the chance of success for one point per persuasion point, and 3 points per pressure point. Characters will remember being pressured. Points will decay by 25% per month if not used.The idea is essentially that you are approaching your most powerful governors to give their support for key requests in the near future, without having to be immediately specific, but seeing the effects of their promise fade over time. That way, you have some ability to deal with events as they occur and this should result in less micromanagement overall.

This system will give the player more flexibility to set up situations with a better chance of success, at the risk of an unstable leadership structure in any given sector. A military army on the ground can also create pressure (but this is mighty Tyrannical) equal to the army’s suppression rating and must be in a Suppression stance.

On another note, I have been working quite a bit on the game over the last week or so and there are a lot of new additions big and small. I will be putting out a revised changelog tomorrow!