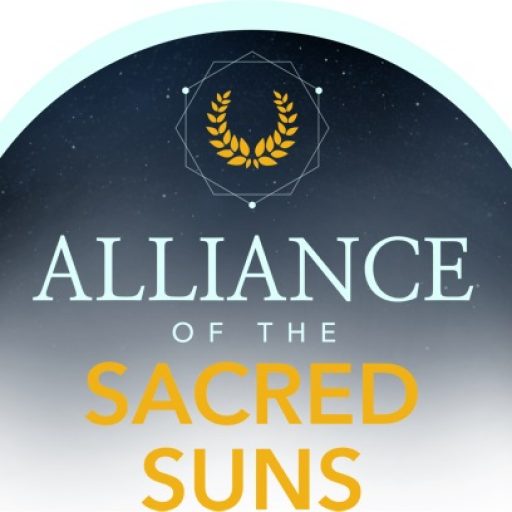 It’s been quite a while since I posted a comprehensive update, but with the holidays in full swing, and a clear path towards 1.0, I wanted to talk about where we’ve (and I’ve) been, where we are, and where we’re going.

To begin, I guess it’s telling to understand where we’ve been. Born Imperia, later Alliance of the Sacred Suns, or AotSS, has been a passion/hobby project for the last 4.5 years of my life, mostly done part time, and at the beginning it was not even a consideration that it would ever be anything that would make a dime, much less be my career. Before that, I’d designed mostly tabletop games, with a few computer projects that were basically done to help me learn programming languages – making games is a lot more fun than doing exercises in a book!

Anyway, the point is that the development plan of Imperia/AotSS was basically unplanned and very ‘I do what I feel like doing at this point in time’ for a very long time, years really. It was only with time that I realized that the game could be something that I could potentially sell for money, and that was when I made the decision to basically restart development from XNA to C# and Unity, which probably (obviously) added several years to the development cycle but clearly in hindsight was the best decision I could have made.

So I started selling AotSS last February on a WordPress site for basically a ‘take a chance on this crazy project price’ and while it never made any great money, it made enough to pay the bills and keep KatHawk Studios solvent while I struggled to figure out just what I had with this game. The plan was to keep working on the game here and there while I concentrated on my primary job as a manager with a Fortune 500 company – it was a secure job with a great salary, excellent benefits, and perks like a company car and stock gifts yearly. Certainly I never dreamed that I could make enough with AotSS to leave, even though I had discovered that I had a passion for programming and designing games, especially complex and thought-provoking games that put you in the seat of… something, be it a fighter jet, a starship CIC, or an empire.

And then my publisher entered the picture.

I will be able to say much more about them and the opportunity soon (probably another month) but they gave me, and AotSS, the opportunity of a lifetime. They were giving KatHawk the financial ability to go full-time, and I had a life-altering decision to make: stay the course at my current job, and ride it possibly into retirement, or take the plunge relatively late in life (I’m almost 44) and jump into some notoriously cold and unforgiving waters?

After a lot of reflection, and talking with friends in the business, and especially my family, I put on my Speedos, strapped on my goggles, took a very deep breath, and jumped in full-throttle in August of this year.

And what a change it was! Now there were milestones and plans and content and my head was spinning taking a crash course in what it meant to develop a professional game – and what it means to be a professional game developer. I still don’t feel that I deserve that title – but technically, I am doing game design and development for a living, and I am backed by a publisher with significant resources that will allow the dream of AotSS to finally come to fruition, so I guess the title fits. I will actually be writing about this experience more extensively – the transition from working manager to indie game designer at my age is fairly unique and a journey that I think many may be interested in.

So that’s where I’ve been. Now let’s talk about where we are.

We’re making excellent progress with the UI update – we hope to have the entire UI swapped out by the middle of February 2020. It sounds like a lot of time, and it is, but we want this to be the definitive update and based on your early feedback, it sounds like we’re headed in the right direction with that! We’re also adding a lot of new art – we’ve got all new icons for events and Projects, new Characters (the first batch of 44 was just put into .8.2.1 – after that about 50 a month will be added until we hit our goal of 150 new base faces) – as well as some randomization with dozens of hats, tattoos, jewelry, coats, facial accoutrements, etc. While not a true ‘facegen’ system, this approach gives us the ability to create unique portraits while still providing a very high quality base facial experience!

Also, we are working on a new grand theme for AotSS, and it should be in by the .8.3 update. It’s really nice, and it’s done by a professional composer who has worked on numerous Hollywood projects. We think you’ll really like the direction of the music! We’re also working on new Story/Event and interstitial art that more accurately conveys the universe of AotSS, and that should be added in January.

For this update, the major add is the Celestial Council system. Here is where you can appoint (and fire) your advisors that create policy for the Empire, and determine which Houses will have the most influence over your Empire. You could always stack the deck with your own House, but the other Houses will resent this, and you will have difficulty maintaining order if you do this before you’re ready to face the consequences of having the other Houses refuse to work with you!

We’re going to be expanding this system, including a way to repeal bills that have been passed, and a way to see all the active bills in the Empire. But it’s a good start. The other area that we continue to work on is the Emperor system. For next update, you’re going to see a lot of changes in what you can do, including the ‘Burden of Guilt’ system and the Personal Development system, which will take the game to have almost RPG elements. – you’ll have development points that you get each time you do something, and you can change your character’s skills and their personality traits. What’s cool is that if you’re a happy, positive person to begin with, it will give you a huge guilty conscience to do Tyrannical or evil things, which will hammer your Spirit – but you can slowly change the type of person you are , to be capable of doing more tyrannical things and be OK with it.

Remember, the core of AotSS is that you are the emperor, and the game needs to make you feel like you’re a real person, not a gray eminence.

So that’s where we are. Now let’s talk about where we’re going.

By far, the largest challenge to a game like AotSS that bends the norms of what a 4X ‘should’ be is the different systems that come into play. Projects, Actions, Inquisitors, Emperor development, Events, Holdings, Claims… we’re absolutely breaking new ground on a 4X. This ain’t your father’s 4X, at all. That said, what we have found is when people actually understand what we’re doing and understand how to play – and realize that they can’t control everything, but they must go along to get along in many cases – that’s when they realize this is a special game. So we understand that a robust tutorial is critical to this game, along with extensive tooltipping and LP tutorial videos. By February, we should have a significant in-game tutorial that walks you through setting up your empire, how the UI works, and what you should be doing. I will also be recording several LP tutorial videos this week since we’re closing in on the full game being added (just military, the Xyl, and outside civs are to be added as far as core game play systems).

The military system will be the major add for the rest on .8, and I think y’all are going to love it. It ties so many of the core systems like power, system control, riots, unrest, and giving you additional ways to be a bad guy – remember, the ultimate goal of the game is to stop the Xyl from building the Rescension Engine, which means that you’ll probably have to upgrade your military significantly – but will your people (and other Houses) fear the buildup, or can you show them that you’re doing it for the greater good? Remember, they don’t know about the Xyl until very late in the game – and by then it’s too late to build your military if you haven’t already.

We’re also working on localization, and while we haven’t finalized the languages yet, we’re trying to make the game as accessible to as many people as possible around the world. With a game this text-heavy, this is no small thing, but as with other aspects of AotSS, we want to do it right!

So that’s great, Steve, and when is all this going to be done so I can check out your crazy grand plan? Well, we’re still knocking that around with the publisher, but what we agree on is that this game has the change to be really special, a genre-changer, and we don’t want to rush it. So we should have some news on the final release date soon, but know that it won’t be released until it’s ready – that’s part of our KatHawk Studio Bill of Rights, and we’re passionate about working on games to a Blizzard-level shine and sheen. Not to say that it will be a AAA game like Blizzard, but the fact that they refused to release games before they were truly ‘ready’ and as bug-free as they could be made always inspired me to buy every Blizzard game I could, even if I didn’t really like them, just to show my support towards that kind of service.

So that’s the update! Lot of words, and I’m sorry I haven’t written more, but we’ve been busy, trust me! We think you’re going to like the changes you’ll see over the next few months, and if you have the game, keep checking for updates – we will be pushing updates out almost weekly going forward. We’d love your feedback, and we’ll be working on making the game as accessible as possible going forward. Also, look for more videos that teach how to play – and the UI will change with every update (in a positive way, we hope!) We really, really need your feedback on the UI – we think it’s going to a good place but we want you, the player, to give your say.

Until later – thank you for your support!