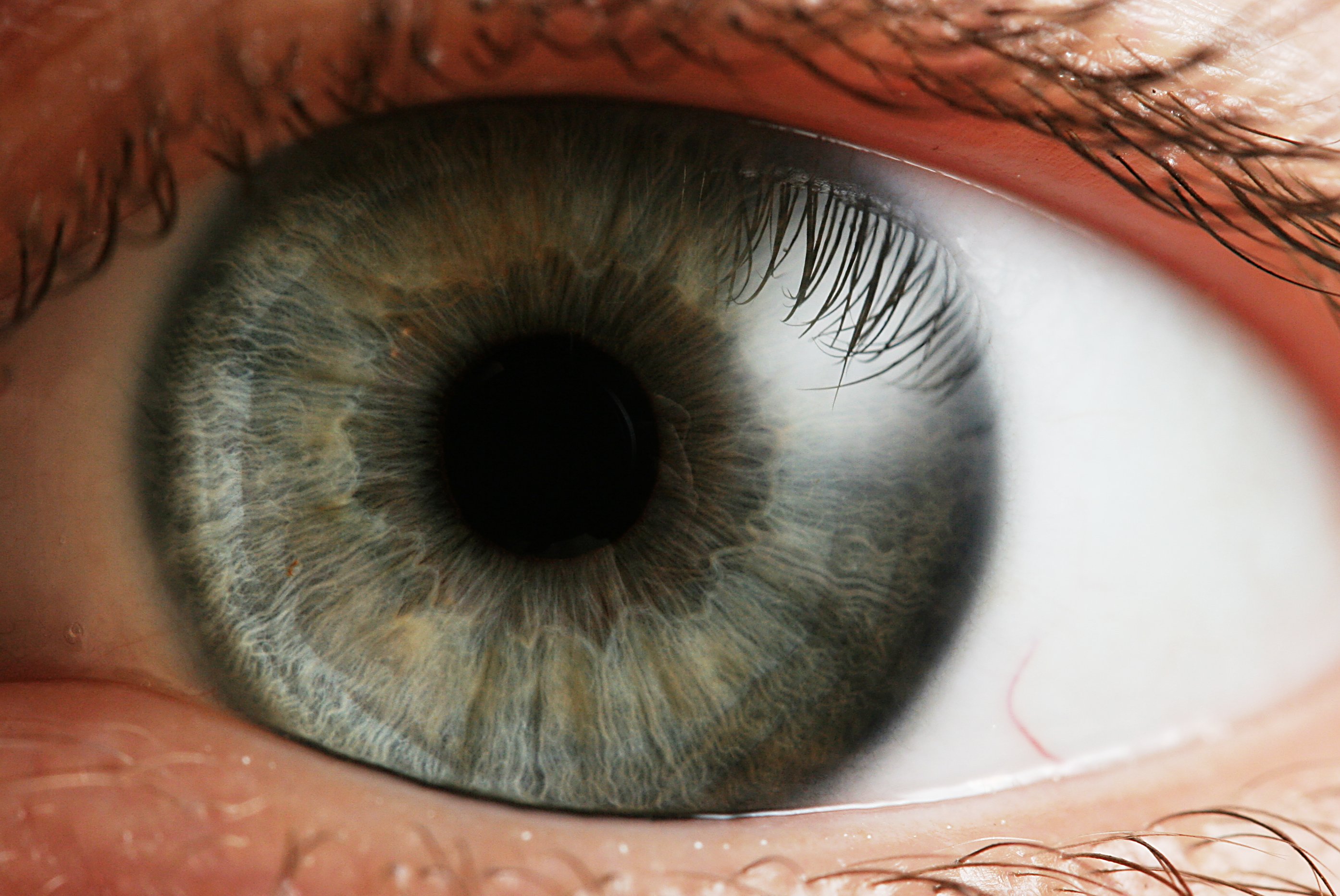 Hello everyone! It’s Steve with a new dev diary. It’s been a while but I’ve been hard at work on a major new system that will be implement fully over the next several weeks. I am super proud of this system, and I think it will expand game play significantly without being overly ‘fiddly’. Anyway, here’s how it works!

There are 2 overall Intel ratings to track: Intel Progress and Spec Ops Progress. Every Character, Planet, and House has this rating. Intel Progress refers to how through (or not) that entity is being surveilled, from 0-100. 0 means that you know basically nothing about that entity, while 100 represents maximum surveillance/intelligence gathering ability. In practical terms this means:

IP can be increased by the following each turn:

IP can decrease by the following each turn:

Spec Ops Progress (SOP) is also a number from 0-100 and represents an Inquisitor Squad’s ‘preparation’ to execute, pardon the pun, a special/black Operation (Op) on a Character or a House. Planets are generally too large to impact, although they can be impacted indirectly by Ops that affect their Viceroy or Governors. Generally speaking, the larger the number, the more Ops that become available and the higher the SOP number is over the minimum required, the better chance the Op has of succeeding. You will be able to see accumulated SOP points on each Character and House, as well as a general chance of success for each Op. For example, Assassination requires 70 SOPs to be accumulated. This is done by assigning an Inquisitor Squad to ‘Spec Op Preparation’ status and their scope is the targeted Character. Once the SOP threshold reaches 70, the Action will unlock and it may be attempted at any time. The closer the SOP is to 100, the better chance of success, although an Op with a low SOP requirement will have a much better chance of success since you can go much higher over the threshold than a higher SOP requirement. Once an Op is activated, one of 5 things can happen each turn:

INFORMERS: These are passive Pops that depending on the intel budget allocated to informers on that planet, will act as a passive intel net. They will (very) slowly raise the IP of planets, and can randomly raise the IP of Characters on the planet. There is also a chance they will hear of a Rumor and will pass it long as an Event. There is no Fear effect from using Informers. Pops will only act as Informers if their unrest level is below 40, and certain Cultures are more likely than others to act as Informants. Beyond allocating the budget for each planet and the overall Intel budget, you can not control Informants directly.

INQUISITORS. Inquisitors are the heart of the Intel System in AotSS. You initially start with 3, and they act as your eyes and ears (and blasters, and lasers, and knives…) of the Empire. They are always 100% loyal to you, and they can only be trained in Empire Intelligence Centers that can be built on your Holdings. EICs can be Level 1, 2, or 3, and the level represents how many Inquisitors they can support. So if you have a level 2, level 3, and level 1 EIC on 3 different planets, you can support up to 6 total Inquisitors.

Inquisitors are actually squads – the Inquisitor is the actual investigator and leader of the squad, while the squad (around 15 highly trained soldiers) are used for protection, muscle, and intimidation when needed. Inquisitors can be sent to any planet in the Empire at any time, and travel twice as fast as merchant ships. There is no limit to the number of Inquisitors that can be on a planet at any time, or assigned to a House, although only one Inquisitor can be attached to a Character at a time.

Inquisitors have 3 main ratings: Intel Skill, Ops Skill, and XP. Intel Skill is a rating from 1-10 and represents how able the squad is in gathering Intel passively and actively. This skill is somewhat of a logarithmic progression, so a jump from 1 to 2 is greater then a jump between 6 and 7. Still, it’s worth having highly skilled Inquisitors since they are rare commodities. XP is a number from 1-100, tracked for both Intel and Ops, and represents the experience that the Inquisitor Squad is getting from activities. XP decreases slightly each turn when a Inquisitor Squad is stood down, and if the XP drops below 0 a random Skill drops a level. Once the XP reaches 100, the relevant skill will increase by 1 point and the XP will drop back down to 0.

Inquisitors cost a lot of money, especially more skilled ones. They may be loyal, but you pay them to be loyal! You will see the base cost to maintain your squads on the Intel Window, as well as the Budget window when you set your yearly budget. You can stand down individual Squads as a Mission, and they will count for very little against your budget, but each turn that they are stood down will require that many turns to be reactivated. In addition, if they are stood down more than 2 years (20 turns) there is a greater chance each turn after which they may disband forever to pursue personal goals (and get paid). You must be able to pay the cost per month of each Inquisitor Squad that is active during the previous year for the upcoming year, or they will disband. This is prorated during the year, so if the cost for an entire year is 200 BC for a squad, and they are stood down for 5 months (half the year), you will be responsible for 100 BC for the following fiscal year, or else they will disband. In addition, they will take 5 months to reactivate to readiness. Once a Inquisitor Squad is disbanded, they are lost forever – you will have to raise, train, and equip a new one from scratch! It takes 10 turns to raise a new Inquisitor divided by the level of the Empire Intelligence Center that they are raised from.

Inquisitors also have another effect: they raise Fear throughout your Empire. Pops are unsettled to know that you wield highly trained, unflappable, professional killing squads at your beck and call. Thus, you will always have a small amount of Fear per month as a ‘baseline’ based on the number of Inquisitors you have active. If they perform Active Intel on a planet, they will significantly raise the Fear level. This effect will be dampened somewhat if they are performing Passive Intel, and even less if they are at a System or Province scope. Stood down Squads have no effect since the populace do not know they are stood down – they are assumed to be lying in wait for their next mission! Missions like Target Unrest will have a large effect on Fear on the target planet, and act as a ‘wave’ of Fear moving to other planets in the system and outward to the province (with less effect with distance).

The following are Spec Ops:

Viceroys have one significant defense against intel: they can decrease the Autonomy of the planet. This will affect GPP, happiness, and unrest in a negative way, but it will make it much more difficult to raise the IP of Houses or Characters on the planet. A proactive Viceroy may decide it’s worth the negative effects to keep you from critical Characters or protect the House throneworld! Autonomy has 4 levels – Full, Significant, Moderate, or Limited. The ‘less’ autonomy on a planet, the less migration occurs, the lower the PDL drops (since people are more controlled, they do not shop, eat, or entertain as often), and in a nice bonus, it will actually increase production somewhat! (This may be offset by eventual unrest and happiness penalties, however). You can not control this level – other Houses do not have spy networks and you do not need to defend against ‘rival’ Inquisitors.

So that’s a fairly in-depth overview of the Intel system. Hopefully it will give you some idea of what to expect when the entire system is added in about a month! It will be added over the next several releases, so be ready – it will radically change the way the game is played!