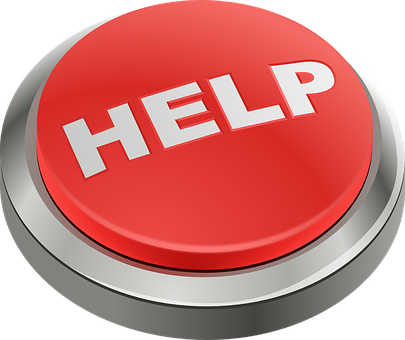 Steve here, to talk about what will be by far the primary feature in this weeks’ update: a complete revamp of the help system, starting with this update. I wanted to talk a little bit about what it will look like, what’s coming, and why it took so long to add!

First, a look into help in general in games, and where I stand on it. As a developer, I think I suffer from ‘game immersion’ where you play a game literally for years – you know every nook, cranny, and line of code. You know exactly how to do everything in the game, what everything does, and you can visualize what’s happening ‘under the hood’ – so you know why something did or didn’t happen, even if there’s no feedback with that info.

Here’s the obvious issue; your players don’t have that same feedback and insight. So what you know to be gameplay working correctly might come across to a player as a broken feature, a bug, or something that just doesn’t do anything. If that happens enough, they will most likely quit out of frustration, and will have a negative impression of your game! Fairly enough. This issue multiplies when you’re trying to do something ‘different’ whose game mechanics are not common.

As an example: If I’m playing Dominus Galaxia, a great MOO1 update currently in development, as a 4X gamer I already know many of the concepts I’m working with. Research, colonization, economy, build queues, combat, diplomacy, etc. Even though I haven’t read a manual of the game, I can still get around and use and play it with very little help because I have a grounding in the basic concepts. Maybe I need help with specific UI conventions, or some new twists on features, but generally I can pick up the game and play with little help.

A game like AotSS, on the other hand, has several unique concepts that are not common to other 4X/strategy games (Projects, Actions, trade system, production system, etc). While the ‘back of the box’ feature list would lead one to believe that these games are similar (Colonize! Expand! Explore! Exploit!), in truth the systems are different enough that it’s much harder, if not impossible, to ‘pick up and play’ AotSS as it currently stands.

When developing a game, it’s a lot more fun to add features and AI than it is to document it, and I think almost any game developer would agree with that. So help and documentation often get kicked to the back burner, but with the growth and sales of AotSS, I have enough feedback to see that the game can’t grow and gain an audience without stopping to plan and implement a real, thorough, in-game help system. So at last, players can wrap their arms around this huge game.

So what will the help system look like? It will be made up of 6 key components, 2 of which will be implemented this week and 1 which is already in:

Hopefully, this will be enough to get players up and running. With AotSS poised for growth and on the verge of being known to a wider audience, the last thing I want is some influencer trying to play the game and not having a clue about what to do. Plus, the game has evolved enough that customers need and deserve a comprehensive help system.

So here it is. I would love your feedback as it evolves!

5 thoughts on “Help Me, Rhonda: The In-Game Help Dilemma”