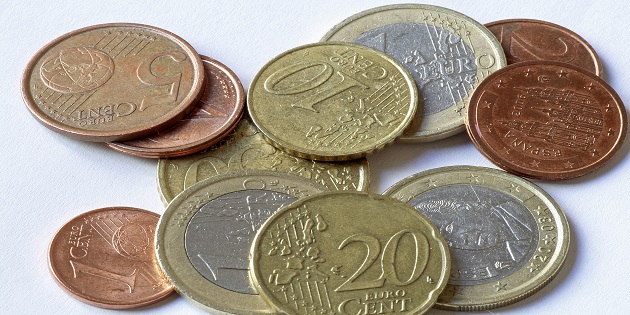 For this second installment of trade, we’re going to finish explaining how trade works and go into some detail of how you can use trade to your advantage!

When we left, all of the trades in the Empire had been reviewed for the ability to fufill; i.e. does a planet have the resources to fill the order, and do they want to? In other words, just because a planet has 50 Rare materials, that doesn’t mean that they want to export them all (every planet has upkeep) So, with that in mind, a viceroy must determine what’s best for their planet. It might be that they are aggressively trying to raise cash so that they are looking to sell more inventory and bring their planet to profitability (having a money-losing planet unnerves Pops, who don’t want to live on a planet that can’t sustain a profitable economy) or they’re just greedy bastards who want to take more of the personal cut (Viceroys typically get 5% of all income on a planet, AS LONG AS IT IS PROFITABLE, which increases their Power and ability to do things like assist with Projects).

So let’s look at the next step, determining profitability.

So Juthrbog’s viceroy is now examining trades that they have put under review by profitability. They make a determination of how profitable a trip needs to be in order to accept it. Remember, Viceroys have a limited number of fleets that they can deploy at any one time, and they are real objects in the world – if a fleet takes a very long time to get from planet A to planet B, those ships will not be available for quite a while, so the viceroy has to make a cost/time/benefit analysis to having those ships unavailable for a while. In future builds, Viceroys will also make decisions based on relationships with the requesting Viceroys, meaning they will ‘cut a break’ with Viceroys that they have an allied or friendly relationship with.


In this case, they have a Gluttony state of -4, which is about normal (0 is considered ‘average’, and the scale is -100 to 100), so they’re not particularly greedy. They have almost no trade aptitude, (0 to 200) which means they will usually not select the ‘best’ deal and be weighted for other things, like helping their friends and ensuring that food and energy go to planets that need it, emphasized by their Humanity of 52 (pretty high). So they’ll basically take deals that help other planets more, all things being equal, and not look to make much profit. In this case, however, Juthrbog is not reviewing any trades this month, so the program moves to the next hub.

Viceroy Gluttony: -45 Trade Aptitude: 102 Humanity: 43
Trade hub Meide’s viceroy will not consider trades with less than $2.7 BCs per trade.
Viceroy is considering trade with Juthrbog for Energy. The current profit per unit based on prices and energy needed for the trip is 0.0 BCs, with total profit of 0.0.
…. After careful consideration, this trade is denied! Not enough profit to make the trip.

So Meide’s Viceroy has a very low Gluttony, but a very high Trade Aptitude, meaning that they will tend to take smart, profitable trades even though they have a pretty high Humanity. So, their floor for a trade is $2.7 BC’s (billion credits) per trade, as opposed to Juthrbog’s at $1.6 BCs. Juthrbog requested 2 units of Energy for $0.7 BC’s total (for an average of $0.35 BC/unit, less than what Luminescence was offering, remember?) With the distance this trade will have to travel, and the low amount requested, this trade would actually LOSE money, so not surprisingly, it is kicked to the curb swiftly by the incredulous Meide viceroy.

OK, now Volupsa is up. They’re looking at several trades here, including with Illitch and Luminescence. Now, remember that Volupsa only has 1 available fleet? (they only have 18 Merchants, and it takes 10 per active trade fleet) So they need to make it count!


With a super low Gluttony, this Viceroy is not really interested in profit for himself, so it comes down to which trade is smarter for the planet? Illitch is requesting a trade for 2 units of Basic for $0.58 BCs per unit. Pretty good offer, but the volume is low.


Luminescence, however, is asking for 10 units of Basic for $.6 BCs per unit. Better offer, and more volume. That’s why the total expected profit is much higher ($2.7 BCs vs. $0.6 BCs) Even with requiring more fuel and ships to sent 10 units, it’s still an equal profit per unit for both trades, so volume wins out. Even though both trades were accepted, since Volupsa can only create one trade fleet, the trade from Illitch is denied in favor of Luminescence! Yay!!!

So all’s well that ends well. Volupsa made a profitable trade, Luminescence is getting basic materials that they need, and they didn’t pay an exorbitant price. As more House diplomatic dynamics are fleshed out, there will be more emphasis placed on relations between Houses and the Empire, and between Houses with each other.


So that’s great and all, you ask, but how can I use this to my advantage? Ah, young Emperor, you have asked a great questions. Let me explain.


The most important concepts to understand is that YOU DO NOT CONTROL TRADE. You can direct its flow, and you will soon be given the power to embargo planets, systems, or even whole provinces from trade, but until that time your power lies in creating the infrastructure required to trade. If a system does not have a trade hub that is not connected to a larger province hub, they can only trade with planets in their system with a trade hub. A connected and large, province-spanning Trade Group, however, connects ALL systems within its borders as long as the system has a hub. So in the example above, the Ipabog system is cut off from the Podaga trade group because they don’t have a system hub. However, when/if they build one, their proximity to the hub influence of both Percunatel and Podaga (the big purple circles) will ensure that they will be added to the Podaga trade group once they have a system hub built. That will have several effects:


* The Pops in Ipabog will be happier since they will have access to more goods (their Retail Sector will improve, which increases Happiness and generates income)

* 2 more planets will be added to the trade group, meaning that there are more possibilities for trade proposals, and thus more competition for better trades

* For you, this means that materials generated in the Ipabog system will now have a way to get to the Podoga Province hub, which means more supply fleets will be generated, meaning more materials for the Empire!

So in order to facilitate trade, you need several things to happen:
* You need merchants, who are drawn to larger trade infrastructure planets (the bigger hub and starbase, the better!) With more merchants, you can…
* …Have more trade fleets, and a larger retail sector, which can generate more income, which allows….
* …Your planets’ Average Development Level (ADL) to increase (representing more affluence and development), which allows…
* …More Pops to move to your planet, since they see wealth and opportunity, which allows…
* …More Factories and Mines to be built, which create…
* …More excess Trade Goods (materials) that can be sold at a profit by…
* …Merchants, who are drawn to larger trade infrastructure….

And that’s the circle of trade, when it’s executed right. Of course, you need competent Pops and Viceroys to make this work, which we’ll explore in this evening’s blog detailing Viceroys.


Until then, have a great day!