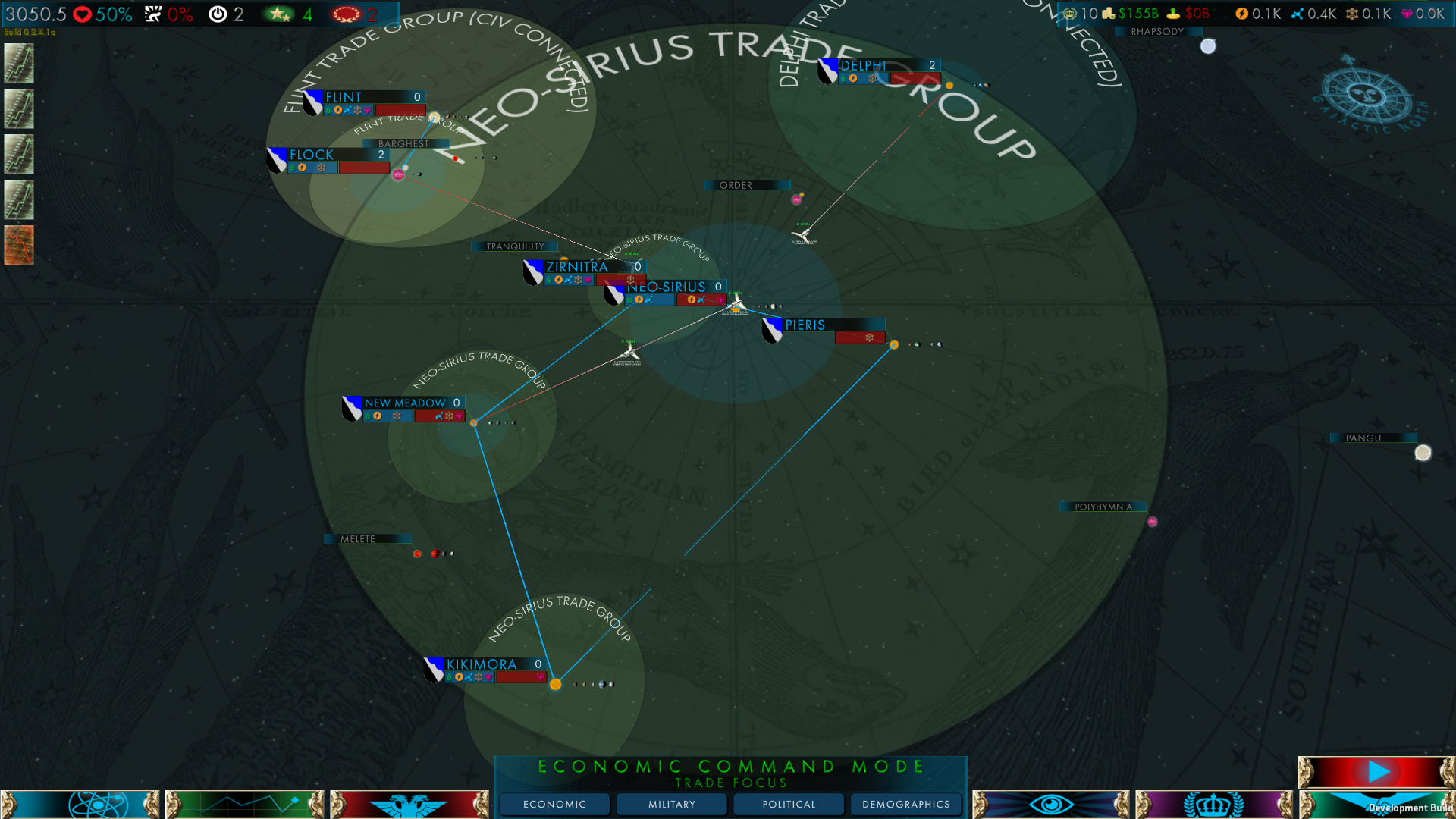 Hi all, Oliver here. Just a brief post today, outlining where we are and what we’re doing! Sunday 1st is our scheduled production deadline for Imperia Alpha 0.3, and Steve and I are both hard at work nailing down what’s left of that milestone.

Steve has been working on the trade system – planets in each trade zone now bid for goods, and automatically create trade fleets to dispatch them, all of which you can see on the map. He’s going to be polishing that up and adding tooltips this week, along with implementing the characters’ secret attitudes towards one another and a bunch of other stuff under the hood. For testers, there’s a very detailed log showing what the AI is considering when making trades, and what personality traits they are using. We haven’t added House affiliation yet when making these decisions, but when the House system is fully installed that will be a factor as well. He will also be adding the Project Bar and begin adding the Project data so that testers can start using the Project system in .4.

On my end, I’ve been polishing up the core of the AI’s strategy tree – which determines what each character wants and how they try to get it – and building a simplified model of the Threat Assessment AI in Python, to test out our design for that as it stands. Using test articles like this is a really good way to refine the design without having to mess with the game itself, and since Steve is doing all the proper coding, it saves him a lot of time, too. Initially we were going to model it in Excel (!), but the extra functionality you get with Python means it’s much easier to do it this way.

Come next milestone, which all going well will come at the start of June, the Threat Assessment AI (in whatever form it takes after this round of prototyping) will be implemented, along with the core of the Strategy Tree and a fairly minimal set of Actions and Projects. Imperia will go from being a fancy-pants galaxy simulator to an actual game for the first time since it was all written in XNA, and I for one am stoked about it.

We’ve also been recruiting alpha testers and UI artists, which is rather exciting. Having set out most of the UI in fairly Spartan ink-and-paper sketches over the past few months, it’s quite something to see them rendered professionally. Hopefully we’ll have some shiny new art to show you in the next few weeks, too!