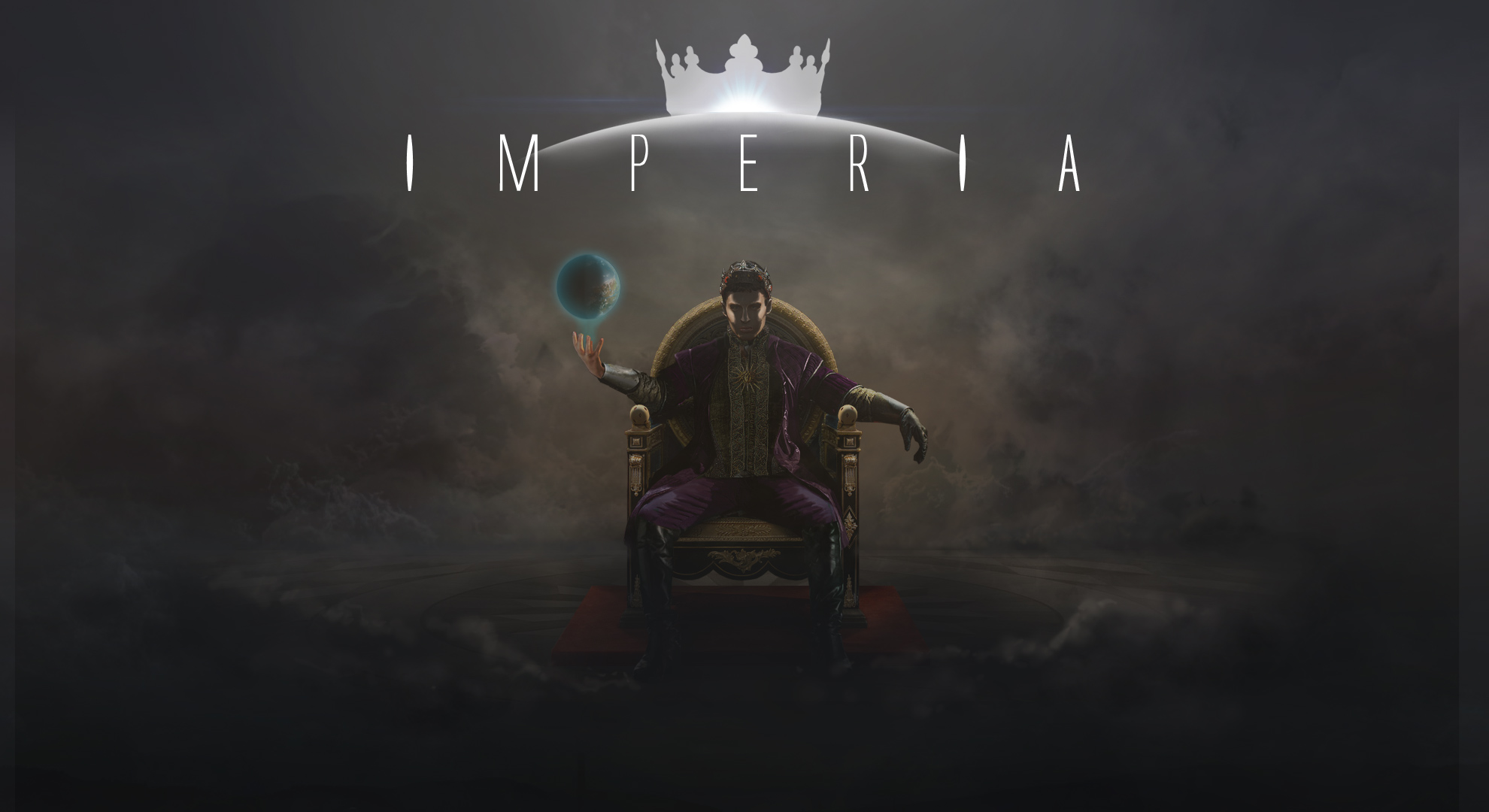 Hi everyone! Oliver here. Today we’re going to be looking at the Culture system: what it is, what it means in gameplay terms, and a little introduction to some of the diverse cultures you’ll find among the heartworlds of your Empire.

One of the things we want to capture in Imperia is the sense that you’re bringing different ways of life together, in a cultural ferment, to renew the hidebound and crumbling Celestial Empire. To that end, rather than have different civilisations have different units, unique technologies, and so on, in Imperia the unique units and ‘technologies’ attach to different cultures, which you can integrate into your Empire. (I put ‘technologies’ in scare quotes because our Reforms system has some important differences from a normal technology tree – most significantly, it’s much broader than it is tall, enabling (indeed, forcing) you to customise your Empire rather than simply progress it along a linear track.) Once you have integrated a culture into your Empire, you can enact a number of special Reforms that build upon the interaction between the six core cultures of the Empire and the influence of the freshly-assimilated culture, as well as making Pops of that culture considerably happier under your rule.

Cultural integration isn’t simply a matter of joining hands and singing Kum-Ba-Yah, however. In the 31st Century, the differences between cultures that have developed over many lifetimes in almost total isolation from one another can be stark indeed. To represent this, alongside the Religion system (on which more in a later blog post) we have the Ideas system. Every single character and Pop in the game will have a position on each of ten different Idea scales, including technophilia versus technophobia, unity versus divisibility and illusoriness of the self, authoritarianism versus anti-authoritarianism, and more, each representing a fundamental question about human nature and society in the future. The Idea positions of characters and pops will be derived from their culture’s default positions on the scales, and will affect their opinions of many of the moves you make in-game, from colonising new worlds, to passing Reforms, to crushing rebellions – and when you are considering who to ally with and which worlds to take into your growing Empire, you will have to consider whether the cultures you are looking to rule will look kindly or angrily upon the moves you wish to make after you’ve won. Not to mention that wars and migration may cause tensions between Pops of different cultures, creating difficult political situations to manage (or, if you are Machiavellian enough, take advantage of).

But Cultures are not immutable. Both you and other characters can ‘lean towards’ one foreign culture or another, to improve your relations with characters and Pops of that Culture, but also to affect the opinions of your supporters. Your cultural leaning will, of course, set the tone at Court (as Peter the Great’s Europhilia did in Russia) but your viceroys and governors will have political needs, preferences, and agendas of their own. It will take cunning and sagacity to manage the varying affiliations of your vassals – for shared tastes can create shared trust – shared trust, shared interests – and shared interests, shared plans…

The cultures in Imperia are divided into three groups, separated by space – one group at the centre of human space, another found arrayed around it, and a third, strangest and most unfamiliar of all, at its very fringes. Not all of the cultures will appear in every game – slightly more than half ought to show up on a normal-sized map – so each game you play should provide a unique cultural landscape to navigate. We’ll give you some glimpses of the weirder cultures in time, but today I’m going to restrict myself to summarising the history and character of the six core Imperial cultures – the cultures of your people at the beginning of the game.

Neomerican: The worlds described as ‘Neomerican’ are those most heavily influenced by the popular movement of the same name that took hold in the late 28th century. Against a largely small-t traditionalist background, this renaissance of ancient American culture (as filtered through a 28th-century Solarian worldview) infiltrated all areas of art, politics, and life. Notably, the publications of Neomerican public associations influenced writers and journalists far beyond the Neomerican Renaissance’s heartlands, leading to the foundation in the 29th century of The Solarian, by far the most widely-read news distributor in the Empire at the time of your accession to the throne.

Traditionalist: Of all the Empire’s many social orders, ‘Traditionalist’ society is the most conservative and the most oriented towards implementing Solarian social doctrines. Traditionalism as it is today grew up around the families who formed the first oligarchic aristocracy of the Terran Alliance. The obvious problem they faced in the early years was how to justify their accumulation of wealth in what – in those first, hopeful days of the Exodus – seemed like a new start for Humanity, a chance to start again. The calamitous arrival of the Solarian revolution gave them an answer: the majority of the aristocratic families were early converts, forming the funding base of the Solarian Stewardship Party and propagating the ‘Wahhabaptist’ movement. They used public displays of piety and maintenance of the new Solarian church and customs to validate their preëminent position in society. The heartlands of the new faith became the heartlands of what would be thought of as Traditionalist culture, and among the foremost duties of Traditionalist scions has always been the maintenance of the perception that their society represents the divinely-ordained order of things. Their outspoken confidence in the righteousness of the Imperial way of doing things often belies a creeping doubt and fear of slipping ‘into shadow’ off the true path – like those Techniks, Mercantilists, and ‘Gilded World’ sybarites…

Technik: The Technologists or ‘Techniks’ burst onto the scene in the 2850s as an intellectual movement calling for the revival of technological projects long held taboo by the Empire, beginning with the publication of Lucida Nevsky’s multimedia manifesto, Technology for Humanity, in 2851. It soon evolved into a more all-encompassing philosophy and way of life, as the technologies revived – including varieties of mind-machine interface and unusual prosthetics – lent themselves to transformative, sometimes quasi-spiritual experiences. Though many of their discoveries eventually became widespread, their transformative social effect was never so strong as in the Techniks’ heartworlds. To survive at the top of Technik society, their Houses take the rôle, more or less, of media and entertainment empires: by providing – or monopolising – the ‘peak’ experiences central to the Technik way of life, they sell their subjects on their rule.

Spartic: The Spartic movement is actually very old – it can trace its antecedents right back to veterans of the First Xyl War who, on arriving on the new world, resolved that society ought to be ordered in such a way that it could move to defend itself against an unknown threat at any moment. In this way, they are a reaction to the Exodus. They are a militaristic culture with strong focus on discipline and personal hardiness, and this idea of a disciplined social order is what maintains their leaders’ positions. All citizens participate in extensive national service and related training, from quite a young age. Cybernetic implants for battlefield purposes are common amongst all classes. They tend to have poor economic performance, but produces great troops and generals.

Gilded Worlds: The Gilded Worlds exemplify an alternative solution to the problem of how an élite can maintain its position over the very long term. Rather than pacifying their subjects with ideology, the great Houses of the Gilded Worlds go straight for the limbic system, maintaining chemical acquiescence through the judicious deployment of recreational narcotics, Soma-style. The leeway this lends the privileged in Gilded society leads them to notorious excess.

Mercantile: Somewhere between Venice at the height of its glory and England in its nascent days of empire: built on a revival of interstellar trade, this culture loves wealth and will work and even innovate to get it. Renewed interaction with previously-long-separated worlds makes this culture a little bit of a melting-pot. Its great Houses are trading powers – a mixture of old families who took advantage of the return of interstellar trade in the 2820s and 30s and new trading families who arose from that flowering. Prominent among them are the Ilioaias (a mining clan with a tragic past) and the Milaks (whose unexpected geological windfall propelled them to sudden glory in a few short months in 2915).

Join us again next week, when Steve will be taking the blogging reins once more!

1 thought on “Introducing the Cultures of the Empire”