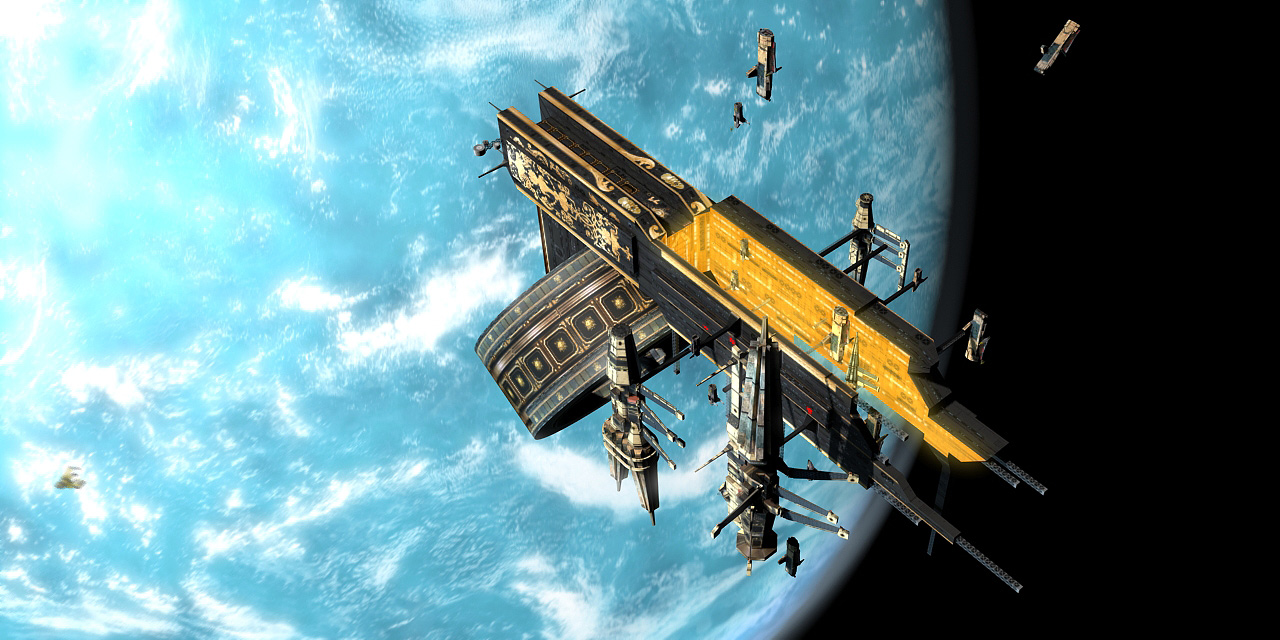 Hello everyone, Oliver here. Today I’m going to be talking about a part of Imperia I know many of you have been wondering about – the military system.

The way combat and logistics work in Imperia are quite unlike what you might find in a conventional 4X. My main consideration, putting the design together, was to make a system that had a realistic, hard-sci-fi feel to it, while meshing with the intrigue-and-subterfuge gameplay at the heart of the game. I’m pretty pleased with what I’ve come up with.

The basic control unit of your military is a Force. This comprises, troops, starships, transports, aircraft, landers – everything: it’s a combined arms force under the command of a character, imaginatively called its Commander. Each Force draws all its troops from a single Homeworld, on which Military Pops support it. This is important for two reasons: firstly, the loyalty of the Military Pops on the Homeworld determines the loyalty of the Force’s troops; and secondly, to operate, a Force must maintain supply lines between its Homeworld and wherever it’s deployed. To maintain these supply lines, the Force’s controller – ie. you – must make deals with the sovereigns or administrators of the planets its supply posts will be located on. These characters, along with the force’s Commander and its sponsors (because you can make deals with characters to pay for your wars) are admitted to the Force’s War Plan.

The War Plan is basically a series of orders the Force is set to carry out in sequence. It’s in your interest to issue orders in advance for two reasons: first, there’s a flat cost for giving a Force orders in any given turn, no matter how many orders you issue that turn; and second, it takes a Force a few turns to get ready to carry out those orders, meaning that if you wait for them to reach one star before ordering them to move to the next, they’ll spend several turns fannying around in solar orbit before doing it, whereas if you give them the order several turns in advance, they can do it straight away when they get there.

The point of this system is to provide space for spying and subterfuge. Characters admitted to your War Plan can pass details of it on to your enemies, allowing them to find and break your supply lines, intercept your fleets in interstellar space (which is only possible with this advance knowledge of where they’re going to be – space is big!) and discover and target your Force’s units more effectively. And, of course, you can (and should) pull the same tricks on them. War therefore becomes as much about probing your enemies’ political weaknesses as hitting them really hard in the goolies. You’ll be working out which of your enemy’s allies can be bribed or blackmailed into selling them out, feeding your own dubious characters misinformation, and trying to cut off your enemy’s supply lines, whilst they do the same to you.

The combat system itself is pretty simple. There are no tactical battles: they would break up the flow of the game, but, more importantly, a good general wins before the battle by tilting the odds heavily in their favour, which is why tactical battles in 4X games are so often so dull. Here, units in each Force simply target units in the other Force, and deal damage against their hitpoints, mitigated by armour. The exact rules differ slightly between interstellar space, interplanetary space and planetary orbit, with MILINT becoming progressively less important and sensor power mattering more as we pass from the former to the latter. Orbital combat is particularly gruelling, as spacecraft (assisted by ASAT units planetside) repeatedly batter one another into high-speed dust, afflicting the planet with Kessler syndrome, whereas combat in interplanetary and deep space is much more like jousting – high-speed fleets taking preprogrammed potshots at one another as they hurtle past. Planetside, troops devastate and pillage the worlds they fight over, damaging facilities and causing the locals to resent the invaders and their culture. Ships in orbit can bombard enemy ground units, further adding to the carnage.

This is really only scratching the surface of what makes Imperia’s way of war unique. I could have mentioned military exercises, tours of duty, sending troops underground to hide among the local populace… But it’s twenty past 1 on a schoolnight, so I’ll leave it here. I hope you’re looking forward to making war amongst the stars as much as I am!